In 2006, while Nash was still a teenage college student, his father bought a gas station in Grandview, MO with a business partner. Years later,  he expanded the business by introducing alcohol and other items in a store, and Pina Wine & Spirits was born

A hardworking Nash maintained his status as a full-time student while helping his father at the gas station till late at night. The business partner left shortly after, and Nash, still a college student studying Business and American Studies, decided to run the business. While he did not have any professional experience, he managed to succeed through hard work and determination. To increase sales and revenue, he added a store to the gas station. Over the years, Pina has expanded to different locations throughout Missouri. There are currently 10 locations under Pina Wine & Spirits.

Nash is a first generation Indian-American who moved from Detroit to Kansas City with his parents in 2006. He was only 17 at the time but already enrolled in college where he wanted to study business and American history.

Meanwhile, his father bought a gas station with a business partner in Grandview, Missouri. Nash devoted a lot of time to the business on top of being a full-time student. He says that’s just the way it goes.“In many Indian families, all is one. We share responsibilities no matter what it takes and regardless of the personal sacrifice.

”Day after day, Nash would go to school in the morning and then pump gas until late at night. Little did he know he would wind up running the business when his father’s partner suddenly disappeared and left the company in jeopardy.“That was maybe the biggest moment of my life. It changed everything. My father was so surprised and disappointed by his partner’s departure. I wanted to save him.”

Nash’s father had no choice but to try to keep the business going even though he had no experience operating a gas station. Nash jumped in to help figure things out. He tried to stay in college at the same time but soon left to take over the family business in 2007.

“I didn’t know anything about managing a business and after my father’s partner left, it was sort of up to me. I quit school to rescue my parents’ investment because they had saved money for years to make it happen.”

Gasoline sales alone were not enough revenue, so Nash started adding alcohol and other inventory to create a convenience store appeal. He was constantly thinking of new ways to bring in customers while pumping gas and learning to manage the business. He worked from open until close almost every day and once worked for 30 days straight.

“I took responsibility for the entire business and made sure everything got done. I had no experience when I started, so hard work was my only path toward making a go of things.

”The gas station turned into more of a liquor store and business picked up. Nash felt momentum and started thinking about expanding Pina Wine & Spirits, a name with a special meaning.

“Pina is my mother’s name. I dedicate everything to her. She supports me no matter what. I love seeing her name in big letters above my stores because she deserves to be celebrated.”


A Perfect Match in Martin City


Martin City caught Nash’s eye in 2016. He says the owner of Hometown Liquor was looking to sell and Nash had a good feeling about the opportunity.“The location is great and I liked the community. I was looking for a new location where I could really connect with people and Martin City seemed to be that kind of place.”The first order of business was remodeling. Nash says the building needed a lot of it.

“The place had been neglected. My improvements included a new cooler, expanded inventory, and construction of a large front counter spanning the store.”

Rebuilding was as much about relationships as it was remodeling. Nash devoted himself to meeting customers. He wanted to become the liquor store that knew and cared about the people it served. The results encouraged him.

“People in Martin City could see that I was investing in the business and wanted to invest in me. They could tell I cared and wasn’t just in it for money.”He put family members to work in both Grandview and Martin City, and treated them with the kind of respect his father had shown him.

“You know when you’re running a family business, there are no limits to what you do. I mop floors or whatever else needs to be done. My family knows we’re all in this together and have to pull together, and I try to set that example.

”Nash has also forged relationships with owners of businesses around him and always looks forward to seeing them. He says Martin City makes him feel welcome.“Many of the businesses here are family owned. That’s the kind of community I want.”


Earning One Customer At A Time

On a landscape where large liquor stores dominate, smaller stores typically struggle. But Nash believes he’s found a competitive path and is tapping into something valuable that bigger players can’t offer.

“I’m not confined by corporate convenience models focused on people rushing in and out. I build my business on loyalty, one customer at a time. I make an effort to talk to everyone who comes through my door. Of course, I have to offer the products they want at competitive prices, but beyond that, I talk to them. How’s your day going? How are your kids? I like to get to know them personally and learn what they really appreciate. When you talk honestly with someone, it makes them feel good and that’s what keeps my customers coming back.

”What Nash calls one-on-one service also draws valuable feedback. He says he knows how hard people work for their money, and what they want to spend it on matters to him.“If somebody needs something and I don’t carry it, I write it down. I get their phone number and call them when it arrives. Making sure you’re taking care of people’s needs is just good business.”

As a business owner, Nash is routinely asked for charity donations. Rather than buy sponsorships or donate money in return for store promotion, he has a different way of giving back.“If a school or charity asks me for a donation, I’ll try to figure something out but always with the condition that I will not be recognized for it. And every year, I try to go to a local police station, fire department, or similar organization and give them cash, but again, I don’t ask for recognition. My parents taught me that doing good is the right thing to do, but showing off about it is not. So it’s just something I live by.”


A Toast to Success

Life is pretty good for Nash Patel and Pina Wine & Spirits these days. He’s recently married and has opened a third store in Independence, Missouri. In keeping with his family first priority, he employs several of his relatives throughout his company and feels good about the way his taxes help build surrounding communities.

When you ask him about expanding to additional locations, he says it’s possible if he can still keep control of it all and maintain the kind of customer service he believes in. After all, Nash has distilled some pretty important lessons in life and doesn’t want to let them slip off the shelf.

“Never give up, be kind and be nice. Ultimately, those are the things you need to succeed. Believe me, your business depends on it.”

Drop by Pina Wine & Spirits today and say hello to Nash and his team. Chances are, they’ll say it too you first! 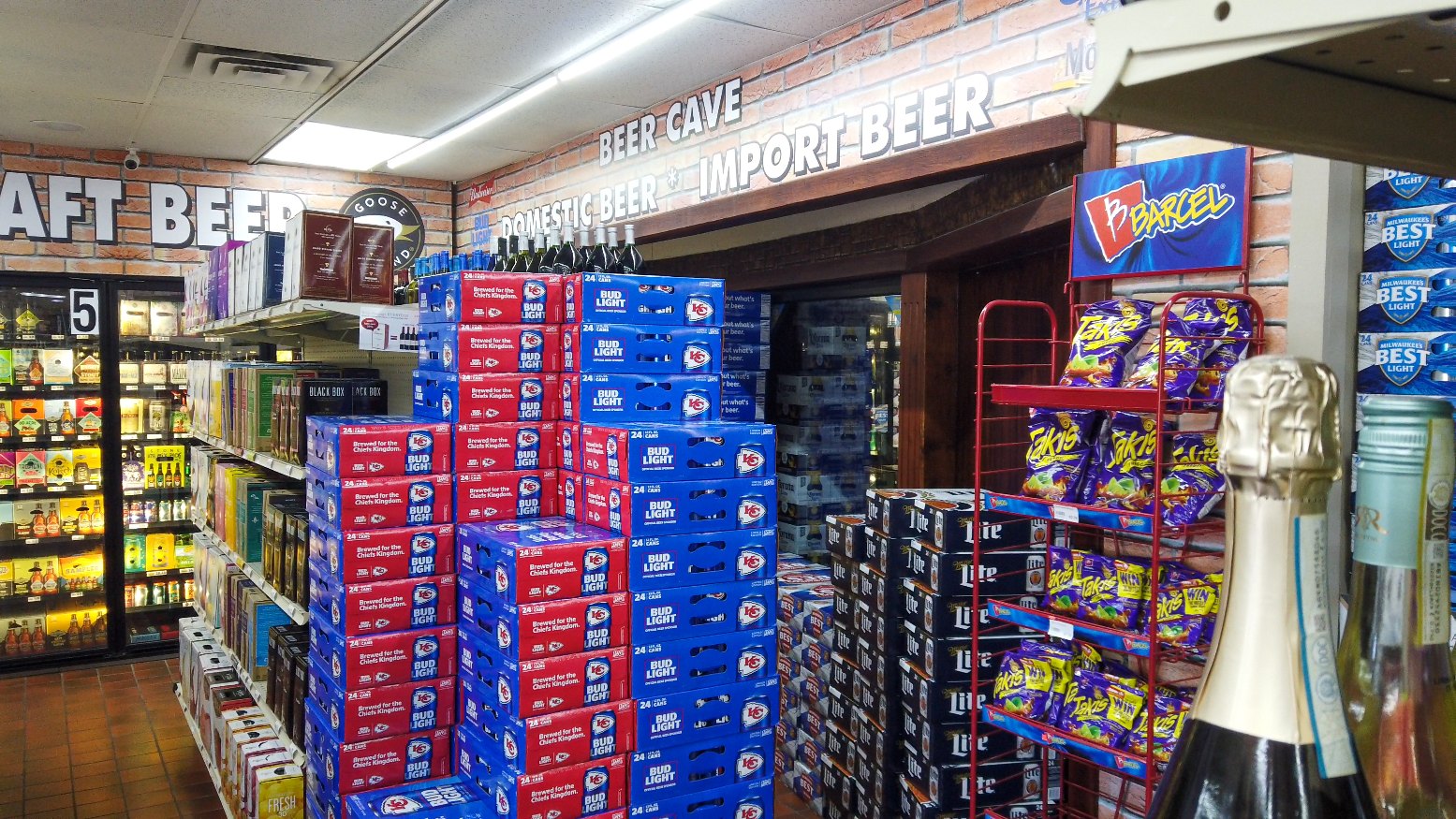